This house was originally the residence of the Shibata family, a wealthy family that bred horses and brewed sake from the end of Edo through the Meiji Period.

Originally this house was owned by members of the Nambu Clan that ruled Morioka over the Edo Period. However, after the loss of the Boshin War that ushered in the Meiji Restoration, the Nambu Clan fell from power. Naosaku, the owner of this house, was compelled to go into seclusion after the war, and changed his name to Itagaki Soin. He opened a private school here, before the initiation of public education. Many of the students here went on to important positions in politics and other areas.

In the Taisho Period, The Itagaki family moved to Tokyo, and one of the former students, Shibata, bought the home and renovated it in 1916. This is when it was renamed Ozanso.

Ozanso means Cherry Blossom Mountain Lodge when translated literally from Japanese. There are no cherry trees on the property, however. The name is originates from the view from the house of the nearby mountainside, which is filled with wild cherry trees.

The lot cover 6,600 square meters. During this season there are no cherry blossoms to see. During the fall, the maple trees turn bright red, and then carpet the ground beneath them with this flaming carpet of crimson. That season, too, alas, has passed for the year. 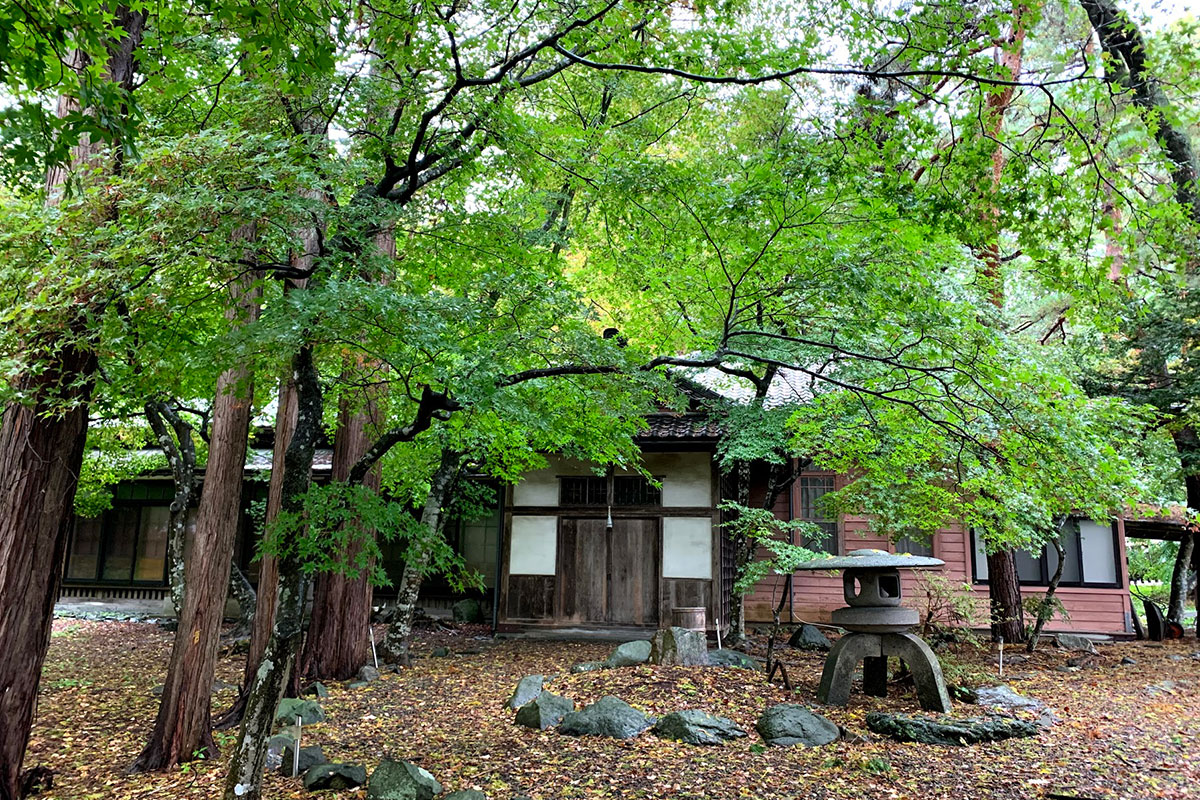 Just as you enter the front door of the house and look at the painting on the interior door from the inside, there is a stunningly beautiful painting done by a famous artist of a wild cherry tree. There are also numerous artifacts from the past such as a transistor radio, and other fixtures from the Taisho Period that remain in excellent condition. You can feel the atmosphere of eras gone by in this island of tranquility. 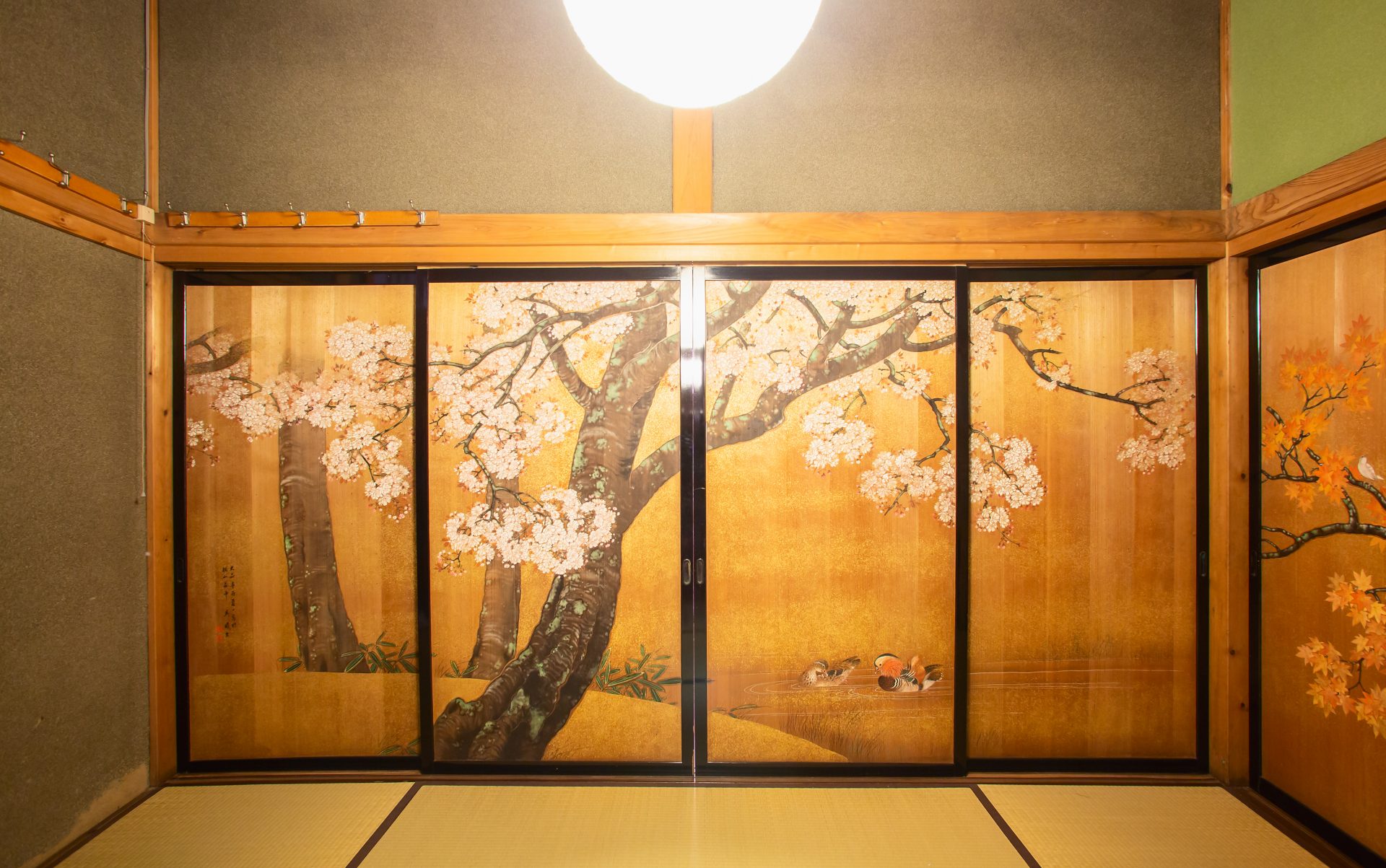 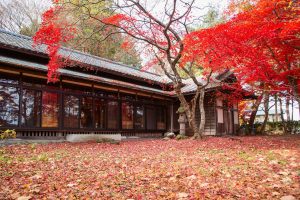 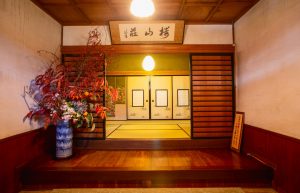 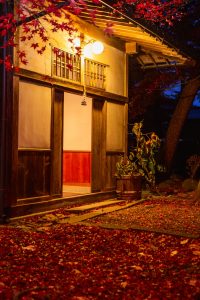 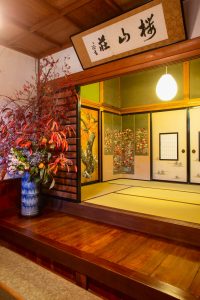 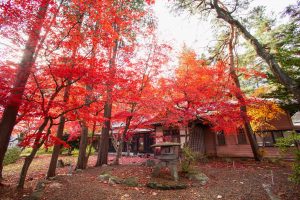 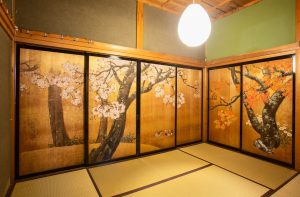